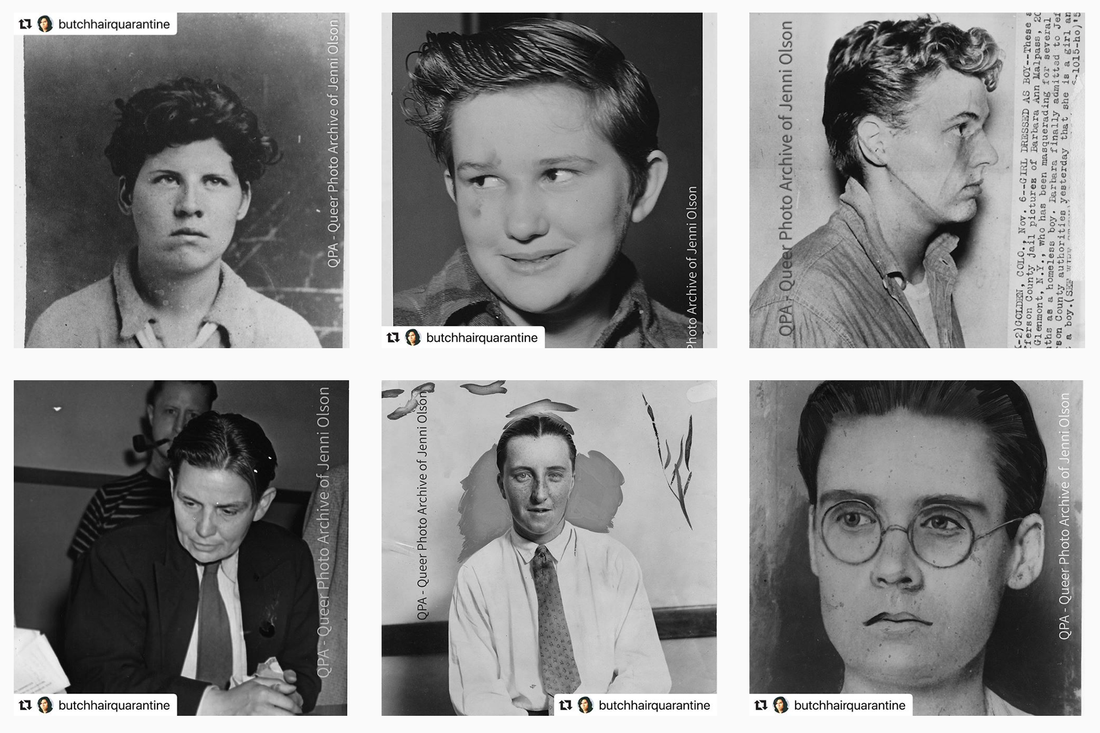 ​About the QPA — Queer Photo Archive

In 2017, with the purchase of the above black-and-white 5x8 newswire photo of Jack Starr, I began my journey into creating my small but very cool QPA — Queer Photo Archive.  During the fall of 2020 as guest curator for Karen Tongson’s awesome Butch Hair Quarantine Instagram account I had the opportunity to share some of my photos and research, and to reflect a bit about my great affection for these heroic criminals. One of the most interesting aspects in the contemporaneous newspaper coverage is the overall tone of fascination. Much of the coverage conveys a warmth and friendliness towards these subjects — all arrested for the crime of passing as men. We don’t know that Jack or any of these folks would have identified as trans in our contemporary understanding of that identity. Since Jack (in particular) actually lived as a man for a considerable period of time, obviously we need to recognize and honor that. The passing sojourns of some of these other folks seem to have been briefer; in my research I have not been able to track their stories beyond the newspaper coverage to know what happened to them in the end.

I strongly identify with gender pioneering heroes like Jack, imagining that if I had lived in those very rigidly gendered times, this likely would have been the best option available to me. In my own gender journey (which has included a period of time on testosterone and in which I have mainly identified as a butch dyke) I continue to ponder the mystery of being different.

Gender non-conforming, butch, trans, AFAB, masculine of center. Words may fail me. But these pictures, are worth a thousand words.